Angel Ventura has come in for a routine exam as he has not been feeling too great and when Scott DeMarco walks into the room both are surprised to see the other is sexy. 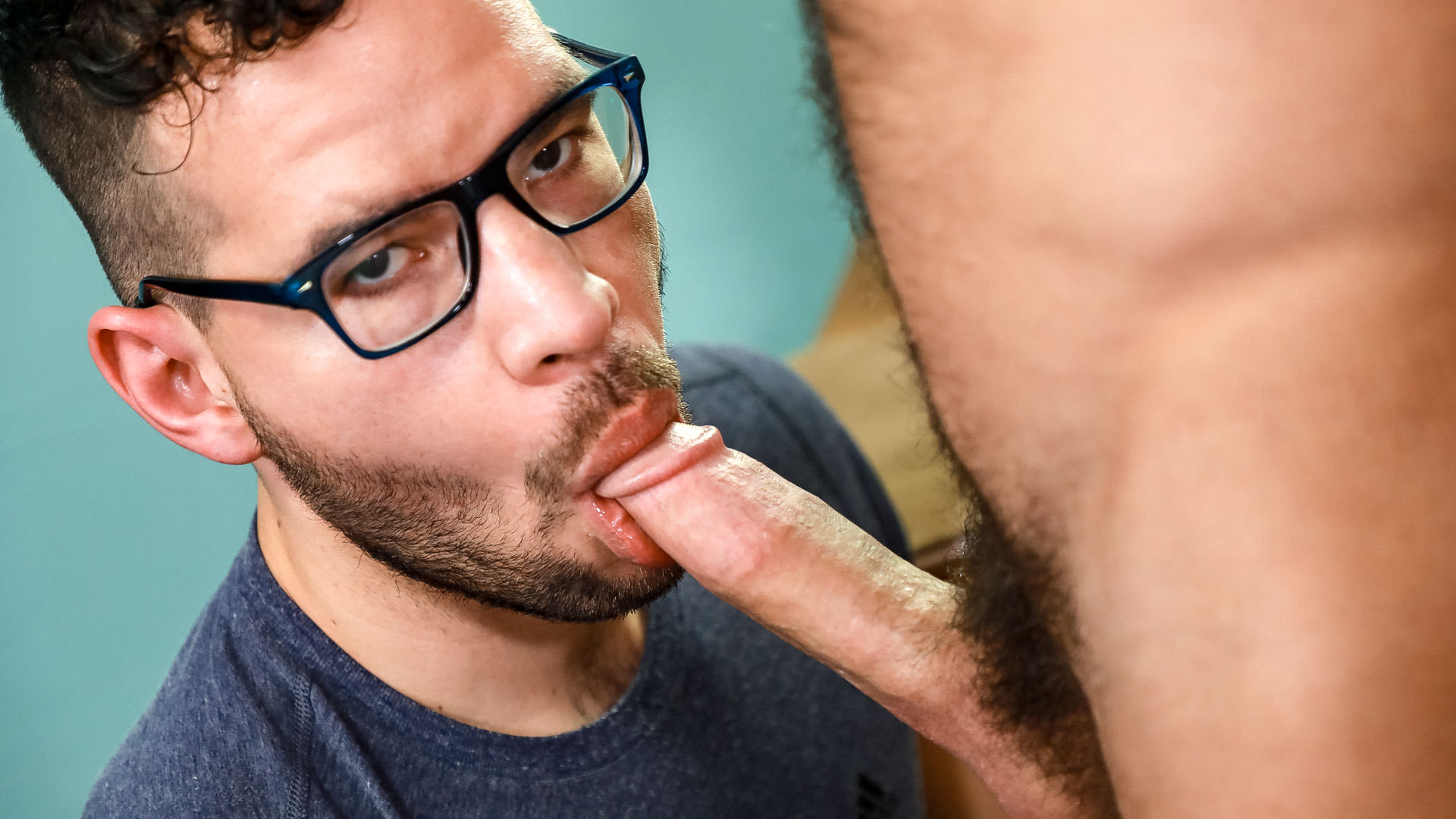 As Scott begins his exam listening to Angel’s heart and lungs, he lets the stethoscope glide around Angel’s pecs and nipples.

Scott’s cock begins to get hard as he rubs it against Angel’s leg during the exam.

When Angel asks what’s going on, Scott tells him that he never has patients as good looking as he is and he cannot help it.

They start making out and Angel drops down and starts sucking Scott’s big cock.

He takes it all the way down his throat and Scott loves it.

He then lies on his back on the table and Angel rides his cock deep in his ass.