Aaron Savvy is out lying by the pool taking in the sun when Nick Fitt gets in the water. Nick can’t seem to get Aaron’s attention, so he throws water on the sunbathing stud. It gets the desired result and Aaron joins Nick in the pool. 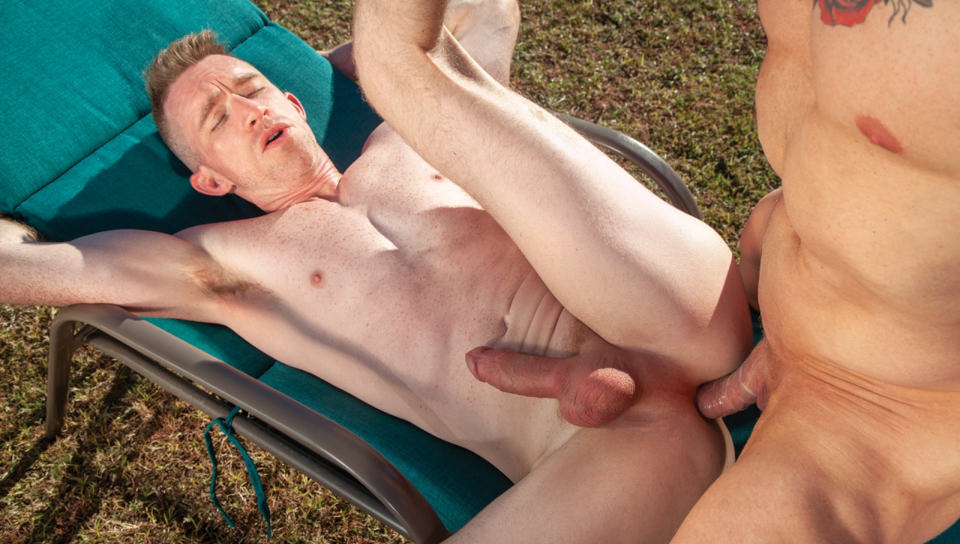 Aaron gets it nice and opened up before he slowly slides his hard dick into Nick’s waiting hole. Aaron builds to a frenzy as he fucks his buddy faster and harder. The studs switch it up and after riding Aaron, Nick mounts up for a final run.