With his girlfriend talking crazy shit about wanting to dominate his hole, Chris Blades turns to his boys for advice.

Being the good friends that they are, they tell him they’ll break him in first so he knows what to expect. 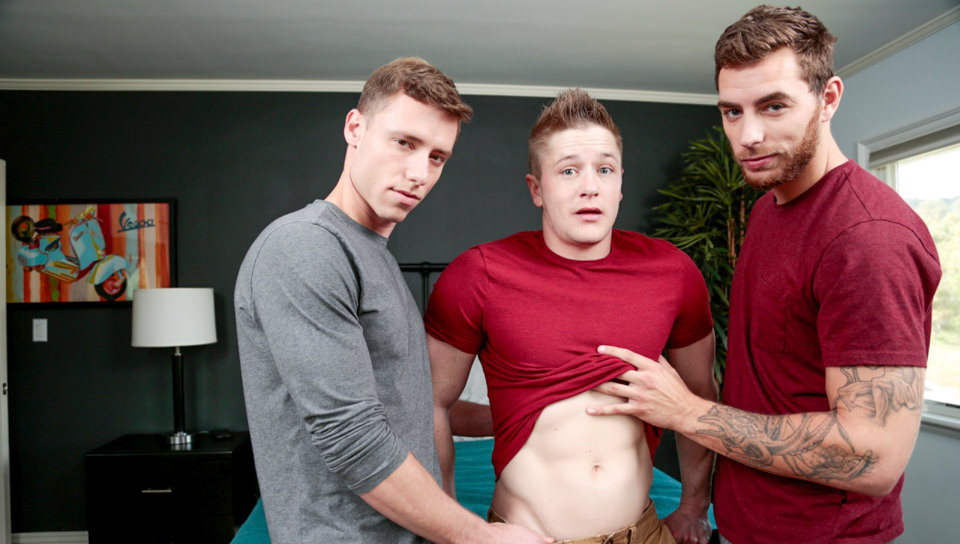 Chris decides it’s worth a shot and before he knows it Justin Matthews and Carter Woods are taking turns holding him down and sucking his dick.

Justin takes off his pants and shoves his dick down Chris’ throat, before Carter decides Chris’ true initiation should begin immediately.

He lets proceeds to pound Chris all over the bed, trading off with Justin as the two of them have their way with Chris’ tight little hole, giving him an experience that his girlfriend won’t easily replicate.

At least Chris always knows where he can get it properly from now on.

All the Next Door Buddies updates right here!