During the Stallions game Anthoni Hardie slips into the locker room to sniff the team’s dirty jocks. 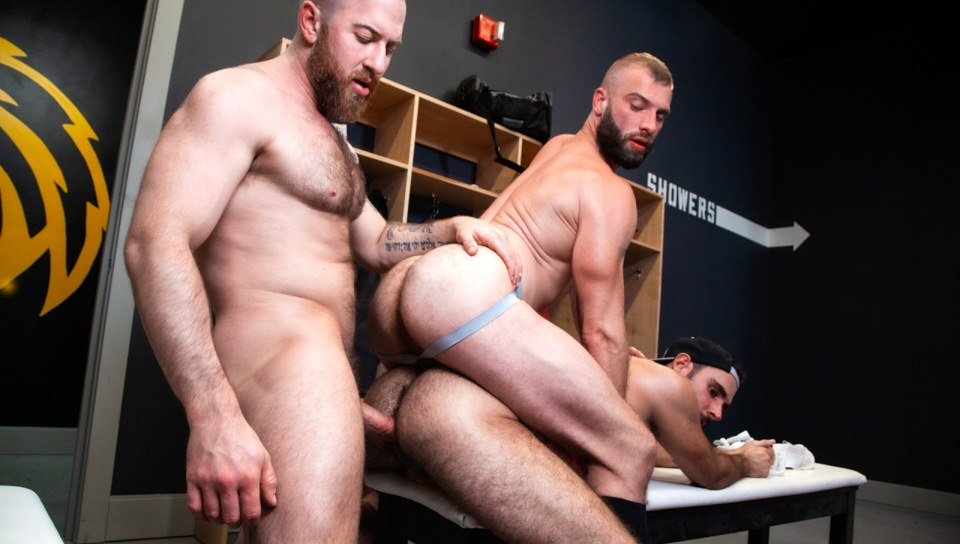 He hits the mother lode when he finds a laundry bin stuffed to the brim with old smelly jocks.

Ball players Nigel March and Donnie Argento catch the culprit in the act.

When Anthoni asks for a couple to take home, Nigel offers up his own sweaty sack for Anthoni to sniff.

Anthoni gets on his knees between the two hung baseball players and goes back and forth sucking each of their musky dicks. Donnie wants in on the ball action and moves past first base to get Nigel’s thick cock down his throat. The hunks form a rim train with Anthoni in the middle, both sucking ass and getting eaten out.